Disclaimer: This is my personal review of MyRepublic Business Internet Service. I do not represent them directly or indirectly neither do I get paid for doing this review.

Choosing an Internet Service Provider (ISP) for your office can be a daunting task especially so if you do not have any dedicated IT staff or a third party contractor to manage all things IT in your company premises. This is also the same for system and network integrator who are tasked to propose and recommend a reliable internet service for a client. Singapore is not short of ISPs for a small island but that is the push of the Singapore’s government to make the island a media & connectivity hub for the region. Apart from the many ISPs that you can find in Singapore that provides internet services for both personal and commercial customers, there are also many different types of links, circuits, and add-on services available with new technologies evolving ever so fast these days.

Here is my quick review of MyRepublic’s Business Fibre broadband that I have help to setup, configure and maintain for a MNC located in Singapore (shall we call it the “company” from here on). It has been about 4 years now that they have been using their Business Fibre broadband service and has just recently renewed its contract for another 24 months.

Understanding What You Have and What You Need

“By analysing what you have and what you need, you will then be able to do a proper and more accurate bandwidth sizing that your office needs.”

Every office’s space and requirements are different. By analysing what you have and what you need, you will then be able to do a proper and more accurate bandwidth sizing that your office needs. Here is a good article with all the technicalities on How to calculate network bandwidth requirements or if you like to have a go with bits and numbers, there is an online calculator that you can use.

The company’s requirements are small and basic hence it makes a good case study. You can then gauge and scale up as necessary. It is a small office with only 15 workstations however; the office space was design with expansion in mind to be able to expand up to 20. They have couple of other basic office items like copiers, printers, fax, VoIP phones and video conferencing device. They host four physical servers with couple of virtual machines in the environment.

An internet link was needed and they are to provide the following services:

This is pretty much the backbone of a typical small-size company or SOHO setup consisting of essential networking services that is required to connect and speak with the outside world.

At the time of contract signing, MyRepublic only offered Business Fibre broadband plans. They have plans ranging from 100mbps up to 1Gbps as you can see from the screenshot below. Business 100 and 200 comes with a single IP static address while the higher Plus and Pro plans comes with a generous set 16 static IP addresses. However, this option comes as an add-on with either 8 or 16 static IP range. Nothing over the top in terms of the offerings as compared to other Telco’s at that time. It is almost similar to one another with one giving what the others don’t and vice versa. One sweet deal that I like is that it comes with the Ubiquiti EdgeMax & Access Point (AP). They are great products and have worked very well so far.

After analysing the packages available and sizing up the suggested bandwidth requirement and the monthly recurring cost, the company went ahead with the Business 200 plan.

As you can see, the business internet plans now no longer have the 100 and 200mbps plans; no longer viable in my view to have such speed where now our infrastructure here can provide fatter bandwidth! In addition, they now have the following broadband internet options LTE Broadband, Backup LTE, Dedicated Internet Access. For added peace of mind for business owners or officers without an in-house IT support, MyRepublic now provides managed services such as Managed CPE, Managed Wi-Fi, MySecure Cloud Firewall and Connected Business Solutions.

I had a great working relationship with the account manager, James who unfortunately had left the company. He was very prompt with queries and gave honest suggestion and solutions. For technical enquiries that was beyond his capacity, he would then flick it on to their network team, which was answered very promptly. From the initial point of contact with their sales team, to the placement of order and signing of contract and to the site surveys and cable installation, it was a smooth process.

For a shared broadband circuit, the link speed is reasonably good. Users did not experience much latency on web browsing on both local and overseas website. There wasn’t so much pain in browsing on the internet, unless of course it’s a badly designed website that is not optimized for speed!

Speed performance of the VPN Site-to-Site tunnel that connects to several locations in Europe and Asia Pacific is reasonable. Users connects to corporate applications via a web browser, remote desktop services or from a Citrix client. Latency to both countries average out to about 165ms to 170ms. Users experience on access is noticeable of a lag, for example, when you launch a “small size” PDF document of about 2mb in size or so, it will take couple of seconds for it to open. For a significantly larger file of around 20 to 40MB, this will obviously be more noticeable.

Degraded performance on the speed can be seen although expected when you work on files or applications that is hosted and run locally but captures and gathers data externally from off-site offices. For example, working on a spreadsheet that captures a data source from a server in the UK or Australia, you can expect that Excel will take its own sweet time to return you back your query or data, or eventually die on you. Hence, for applications that are memory or resource intensive, it is far better to host and work on them via RDP or Citrix.

During the tenure of using their service in over 3 years or so, they were fortunate not to have experience any unplanned service downtime except for an incident where their SIP services was down momentarily. As the SIP lines runs on the internet line so it is an unfortunate mention here.

I did not capture any data or do any sort of network analytics to back my thoughts here but speaking about stability, to put it in layman terms then that would mean to have the link up and usable at all times.

While there weren’t any major disruption throughout the service in place to date, there were some minor glitches as stated below. One may argue that problems here could be cause by other things like the router and firewall and not the link but since the services runs on this link hence there is a possibility of the link being the cause of the issue or otherwise.

1. Site to Site VPN link dropped but internet browsing was OK. This happened on 2 to 3 occasions and the connection was resolved by either itself or rebooting the router and firewall helps. The fault could be either one of the devices and not necessarily the link of MyRepublic itself.

2. Average performance on a Video Conferencing (VC) system. Although a video call never gets cut off during a session it does sometimes seems to be a little bit flaky such as a lag in receiving video or audio transmission or a distorted video. This is typical of a VC call in the first few minutes as the codec tries to establish the network connection but there were occasions where it gets flaky 10 minutes or so into the call. This doesn’t occur frequent though.

3. Dropped VoIP calls with overseas participants. This issue never had a resolution to it because there was not enough logs to gather data and that overseas calls made by the staff is not as frequent as they do for local calls.  Users have reported that calls were dropped while in session and it makes even harder to troubleshoot and do fault-finding as this happens at random, to different countries and destination. There were days when they can have a long conversation on the phone without being cut off and thus this case is put temporarily on hold. The company uses SIP trunking services from MyRepublic and it uses the fibre broadband to send and receive calls via Internet, hence it gets a mention here.

Thankfully, I never really need any technical support but on the occasions (probably 2 or 3 times) that I need to in the past 4 years normally, it takes about two attempts with 5 minutes wait of listening to the music and voice ad on the phone while waiting to have a chat with their helpdesk. I get a quicker and faster response when directly contacting their engineer whom I have had his contact details from a previous support call.

Cases however are resolved at a reasonable time, usually on the spot. The support team keeps you updated on the progress and if they say they will give you a call back, they normally do so promptly.

One thing that I find cumbersome is that they are not able to merge all the services into one billing account. Hence, there is one account ID for the Fibre and SIP Trunking services and you can actually anticipate a problem with payment allocation if you make payments by a single transaction for the two services. So for one of the billing cycle, a cheque was sent out for the two payments but it was only paid for the Fibre service and not the SIP. This goes on to a snowball effect but it was eventually sorted out. At the end of the day, the maths worked out correctly but it was one bit of a hassle to spend some time backtracking and checking on the bills.

Overall, the link worked well. It serves its purpose and despite the technical and administrative glitch, the company was happy to re-contract for another 24 months as they offered a discounted rate for the monthly charge. If you have a small office with a small number of users and all you need is an internet connection and a basic internet and network services configuration, then MyRepublic business broadband might be something worth checking out as it comes with a reasonable price! 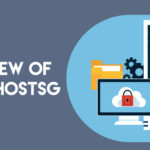